If you try to hunt down information about Jason Ferruggia, the creator of the infamous Renegade Diet, you’re likely going to hit a number of brick walls. In a digital age where most people can find extensive information about a person, there seems to be minimal facts about the author. The reason is more of the focus is on his diet, rather than the man himself.

That doesn’t mean there isn’t information out there, it just means a person has to dig a little deeper. Here is a closer look at a man who has changed how thousands look at diet and exercise and helped them to achieve their goals. Not bad for a man who grew up in a small New Jersey town. In fact, he never dreamed life would take him in the direction it did. 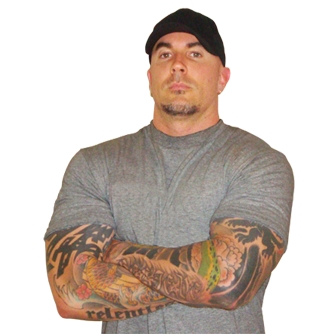 The first is the fact that Jason Ferruggia attests he was not born with his gifts or talents. Instead, he believes they came to him as he began to practice for countless hours and studied hard. He did realize he had a passion for exercise and fitness and would devote a great deal of time growing up as he tried to build muscle. This took quite a bit of time and he was left feeling fat, weak and depressed that he wasn’t able to do more. By the time he graduated high school, he was a scrawny 147 pounds and six feet tall. While he managed to become lean, he hadn’t managed to become ripped.

As new diets and training systems came out, he tried them and failed time and time again. He quickly found that most of them were an absolute waste of money that rehashed information and didn’t contribute anything of value.

Then tragedy struck him. In the early 1990s, he went to Arizona State University to study. While attending classes, he began to feel ill and kept putting it off until he couldn’t take it any longer and he went to see the doctors. They found his lungs filling with fluid and claimed had he waited much longer, he would have died from tuberculosis, a disease he contracted from a foreign exchange student at the time.

Jason Ferruggia then claims the next six months of his life were rough. His doctors placed him on bed rest and this down time was hard on him. He opted to work on getting his personal training certification at this time, as he had been struggling with fitness over the years. His hope was that the courses would give him insight into the things he needed to change over the next few years.

After he successfully completed his course, he then opened his own training business called, Renegade fitness, LLC. During the mid to late 1990s, this allowed him to bring in six figures annually, while he was still attending school for his degree. He was growing his business and he looked unstoppable. Then in the early 2000s, he hit a snag and lost it all.

It was in this moment, he realized that he didn’t have a lot of options. He ended up moving back into his mother’s home and felt like a failure .He knew that he had two options. Jason Ferruggia could give it all up and live with his mother for the rest of his life, or he could learn from his mistakes and fight back harder than ever before. Obviously, he opted to make a change and reclaim his life.

He spent time reading books and removing all the negative situations and people from his life. Instead, he found positive people who had a positive outlook on things. He was committed to taking his life in a new direction and finding success. He went back to school and began to start learning about human relations.

As he did this, he also began to discover new information about fitness. It was at this time he found new nutritional information coming out that allowed people who struggled with building muscle mass to succeed. He opted to try them and discovered they worked. He quickly gained 38 pounds of muscle. He realized with the information he’d discovered he was able to help other people who struggled with losing weight and gaining muscle to change their lives. So he decided it was time to put his knowledge out there to the world. It turned out, people were more than willing to listen. This included a number of high profile news organizations.

Places like CBS, Details, Muscle & Fitness, Men’s Health and Maximum Fitness all took notice of the information. They were celebrating Jason Ferruggia and his discoveries. He had fought back hard and when the chips were down, he started to swing harder than ever before. He was a true renegade and living his dream.

It is that knowledge that has helped people to realize they too can fight the system and make a comeback. That their lives are not defined in their moments of failure or their moments where they seem like they are down for the count. The true people who succeed like Jason Ferruggia are those who realize that the storyline doesn’t end until you finally raise that white flag and give up. The Renegade Diet doesn’t welcome failure and it doesn’t give you a chance to toss in the towel and walkaway. Instead, it has you continue to push yourself and realize that you can fight through plateaus and setbacks and succeed. Perhaps this is why Jason has become one of the most respected people in the industry.

As you can see, there is a lot more to Jason Ferruggia than meets the eye. Sure, he loves reading and training. Even on his profile page, he mentions his life for coffee, Pearl Jam and surfing. These are other facts that give you some insight into the man he is. But at the end of the day, it’s the fact he cares about people and is willing to go above and beyond to help him that says the most about him. So take that into account the next time someone asks you who Jason Ferruggia is.

Janice Friedman
Previous ArticleInsanity Workout Calendar & Schedule – What Can I Expect Each Week on the Fitness Program?
Next Article Profile of Wes Virgin: Creator of The Fat Diminisher Diet System