Smartbands and smartwatches are the newest tool that revolutionizes the way we exercise. Fitbit was the first big brand to grab the fitness world’s attention, but many other brands are out there making it hard to pick just one. Fitbit isn’t the best fit for everyone, so there are many other options out there for you to choose from. Keeping cost and quality in mind, we’ve created a list of the top five smartbands and reviewed them. You can use this as a guide to figure out what features you want and don’t want in a smartband.

Very few of the 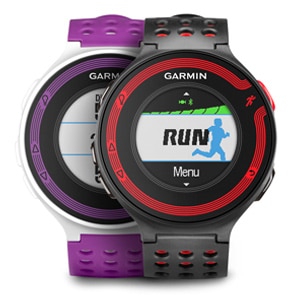 Fitbits feature heart rate monitors, which is a definite drawback. This Smart Band, however, does include a heart rate monitor. The Garmin Forerunner 220 is essentially a running watch. It does not analyze calorie intake, hours of sleep, or act as a pedometer, like many other Smart Bands. This is a tool that focuses specifically on training for runners. It can be bought with a heart rate monitor, but it is an additional cost for the bands that include it. This is a watch that is popular with serious marathoners, but it’s also useful for the less intense runners. The rechargeable Lithium-Ion battery lasts up to ten hours in training mode before it needs to be recharged. The basic model costs $199.99, while the model that includes the heart rate costs $249.99. At that price, when you take into account its limited abilities this band is more an example of what not to buy. The other bands on this list are much more cost effective, and offer many more options. 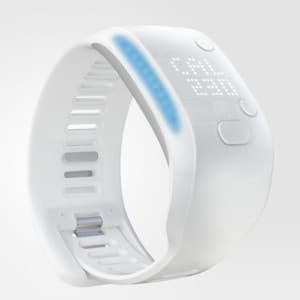 This is more of an all-purpose fitness band. It can track distance and pace of running, as well as record workout times, heart rate, and calories burned. It provides motivation and tips for training, and syncs through Bluetooth with the Adidas Train & Run app. The lithium-ion battery takes about three hours to charge. It’s an effective tool, that costs less than some of the other bands on the market – $136.00 –  but it also doesn’t have all of the options of the other brands. One slight drawback is that it is only compatible with Android and iOS. Costing $136, this is a tool that can take the place of a Fitbit in helping you train, but there are better options.

This product was created to compete with the Fitbit, and it stands up to the test. It can track your heart rate, calories burned, sleep quality and your steps taken. It also provides tracking for running, as well as golfing, biking and other activities. The Li-polymer battery lasts up to 48 hours, and recharges in less than 1.5 hours. The band also features email, text, call and calendar alerts, which is som 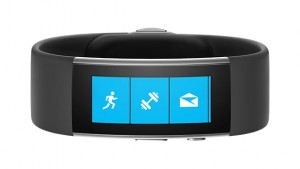 ething only the most expensive line of Fitbits offers. The band has eleven sensors including the heart rate sensor, a light sensor, skin temperature sensor, a barometer, and a microphone. The band is compatible with Windows phones, Android, and iPhones. Costing $174.99, it definitely gives Fitbit a run for their money. 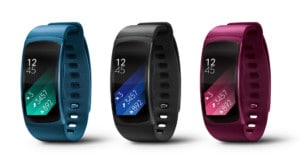 Billed as a smartwatch, the Gear Fit2 is now available for pre-order. It can do almost anything you could need during a workout. It tracks heart rate, calories burned, steps taken, and floors climbed, as well as monitoring sleep. It also can track various activities such as biking, hiking, crunches and lunges. Like the Microsoft Band, the watch can take calls and texts. It also features a music player, and can store up to 500 songs. The battery is rechargeable and lasts three to four days. The catch with this smart band is that it is only compatible with Android, which definitely limits the number of people who can use it. At $179.99, it’s one of the best values on the market, but it’s limited by its inability to pair with Windows or iOS. 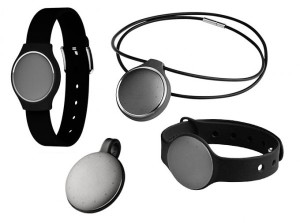 If you’re looking for a simpler, less expensive option for a smart band, you should consider the Misfit Shine. It measures steps taken, calories burned, distance covered, and sleep quality and duration.  It does not have the extra alert or music functions of the other bands, but it also costs much less, totaling $69.99. The small disc can be worn on a strap, or put in a pocket, or fit in the special necklaces the company sells. The Speedo Shine was designed with swimmers in mind as well as other athletes, and can last up to 50 minutes underwater. The battery lasts up to six months, so it doesn’t need to be recharged every day.  It’s compatible with Android, iOS, and Windows 8.1 and up. This is a much less elaborate smart band, but if you don’t need the additional tools and you looking to save money, the Misfit Shine is definitely the way to go.